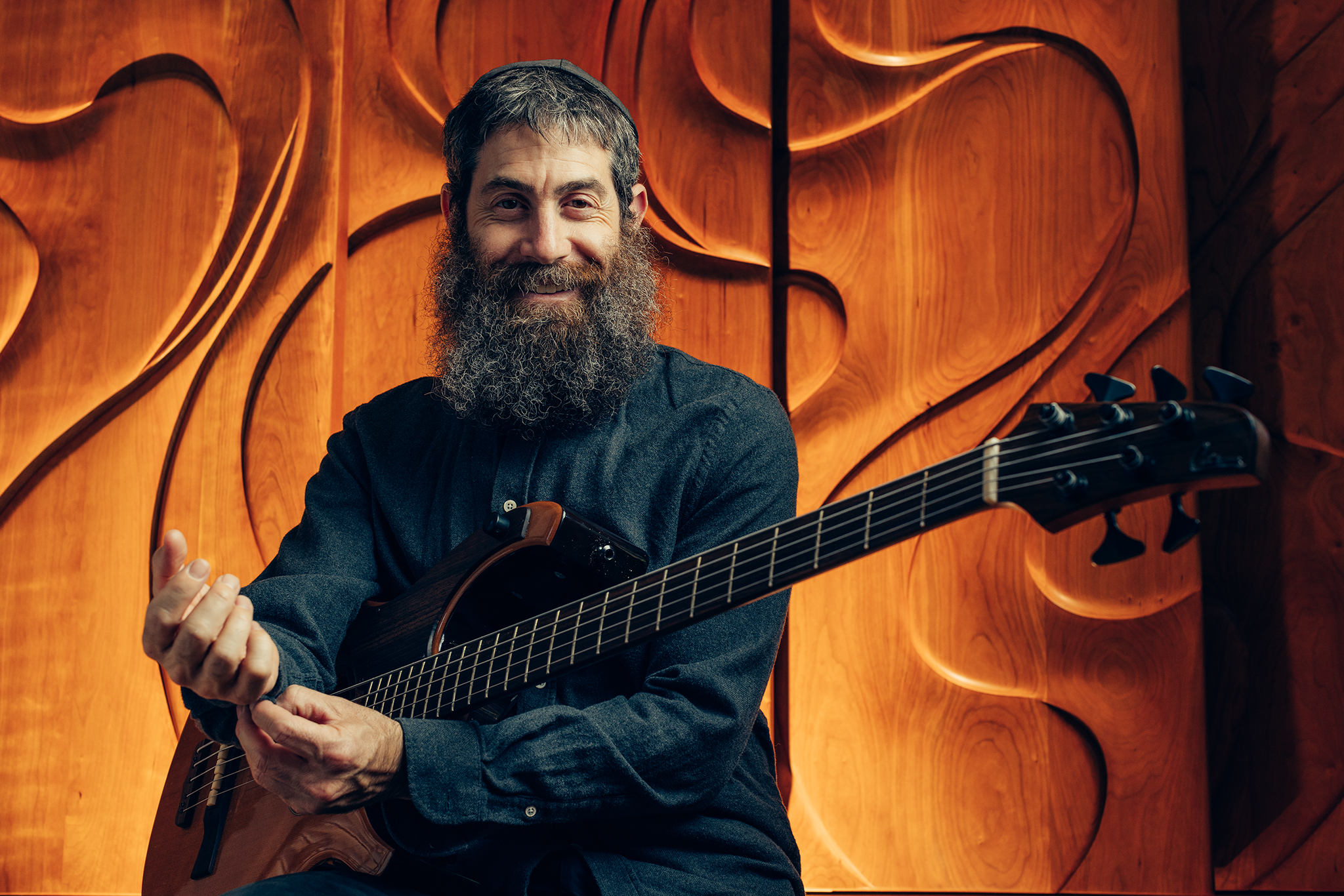 Yosef Gutman's palette flourishes from the vast world colors which influenced his artistic development. Whether composing and recording new music, collaborating with high caliber instrumentalists to explore the world of nigunim (melodies from the heart), Yosef Gutman strives to foster connections that stimulate the imagination through music performed from the soul.

Yosef Gutman was born in 1979 in South Africa. He grew up in a farming area known as Knoppieslaagte. He began music lessons at an early age, but abandoned the piano in favor of skateboarding at age 11. Life on the farm was quiet, chickens, geese, and horses roamed the property. This provided much time for kickflip practice on the bricked surfaces around the farm house.

At age 16 Yosef reshifted his passion back to music. Inspired by Weather Report, he picked up the bass guitar. The same quietude that afforded him uninterrupted skateboard practice was a perfect environment for many hours developing bass exploration. At 18, Yosef submitted a recording of his arrangement of the South African National Anthem to Berklee College of Music in Boston, MA who subsequently invited him to study on a scholarship.

Building a Jazz career in New York City was not an easy undertaking. Initiated into New York life by a noisy Brooklyn apartment on Atlantic Avenue, the first thing Yosef sought was a job. He started in a restaurant kitchen and soon found himself bussing tables at the Blue Ribbon in SoHo. Working excruciating hours, he used the income from the work for a split between rent and paying quality musicians to perform with him Thursday nights at a Brooklyn venue. He performed with Lionel Loueke, Ben Monder, & Robert Stillman. This was a period of abundant musical development for Yosef until one cold winter evening on his way home from the popular Jazz venue Zinc Bar... 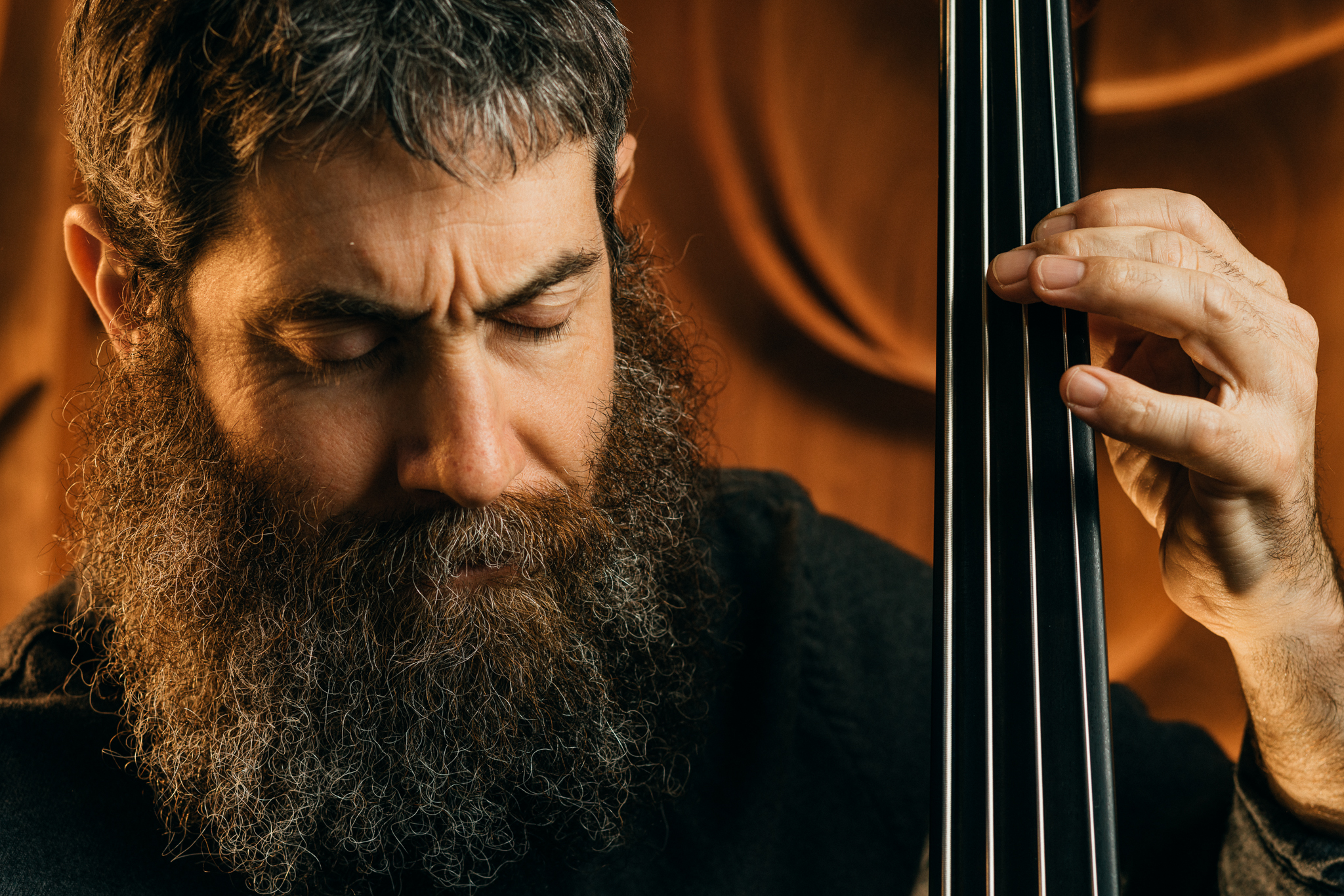 On the late night train home, Yosef asked himself "why"? What was music for him and why was he doing it?  He hit pause on his artistic career until the answer emerged over a decade later. During the artistic sabbatical, he did dabble in commercial music. He produced over 100 pieces for the Oprah Winfrey Show during a year at the height of the show's popularity.  When that chapter ended, he temporarily abandoned performance completely and taught himself how to program and design software.

Self educated as a software architect and designer, Yosef established a technology startup, which he lead until its acquisition by GoDaddy in 2014. He continued in the technology sector with a number of other enterprises until in 2018. But then, the answer he'd been looking for struck his inspiration, and in a 180° about-face, he returned his primary focus to the acoustic bass guitar and began preparing himself technically and musically for a debut release - bursting with years of previously unexpressed creativity.

In October 2019, Yosef set about a mission to record nigunim (Hassidic melodies) while creating the opportunity to stretch the boundaries of the tradition. His arrangements playfully explored, expressed, and transcended this search through the pure melodies. Collaborating with Yagel Haroush and Itamar Doari in an imaginative recording project, Yosef began to expand points of expression and to include Middle Eastern exuberance in his debut work Chabad Al Hazman. 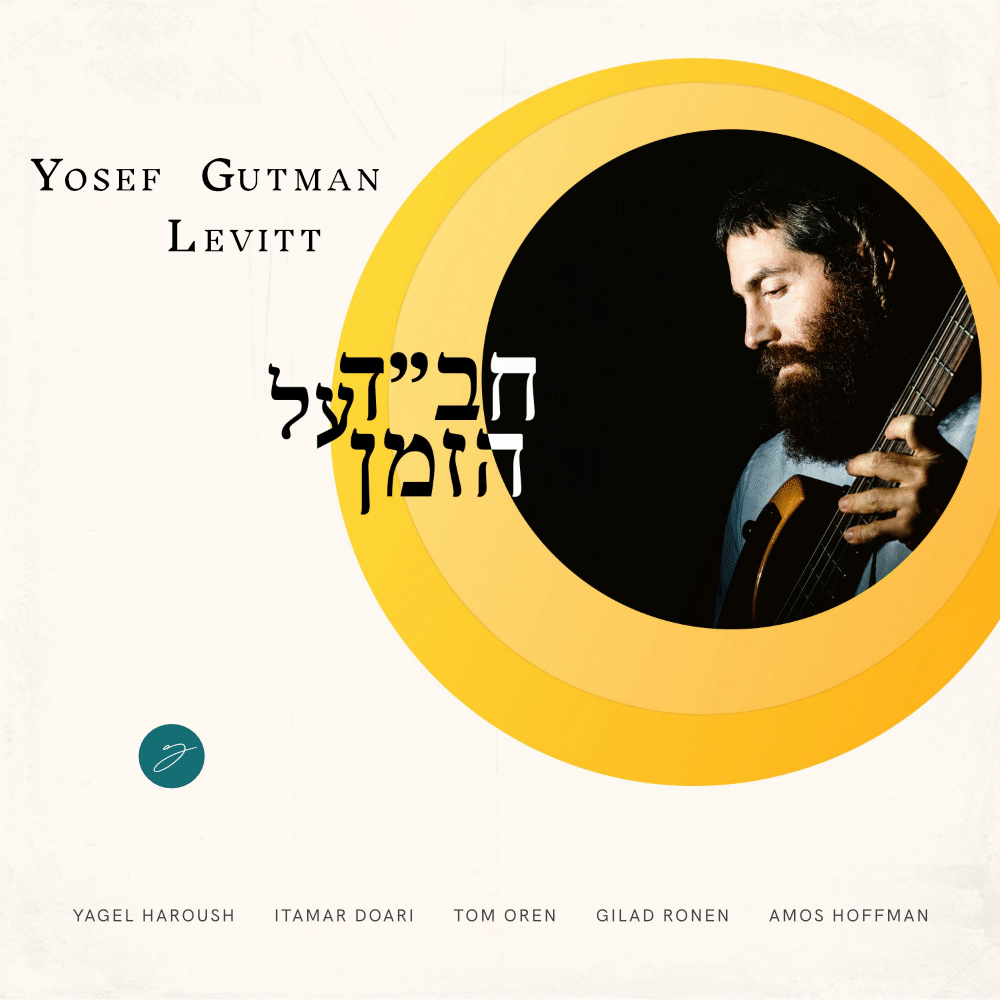 Since embarking on his debut, Yosef Gutman Levitt has recorded seven albums. He plays a 5-string acoustic bass guitar designed by Harvey Citron and Steve Swallow. He lives in Jerusalem with his wife and eight children. His time is spent building and developing local communities, immersing in his music, and nurturing his family.

Thank you! Your submission has been received!
Oops! Something went wrong while submitting the form.